This past Thursday, Reel Big Fish, Less Than Jake, and Authority Zero performed in front of a sold out House of Blues. The show was very high energy and both bands really dug through their extensive catalogs to deliver some interesting songs. From where I stood in the mezzanine, this appeared to be one of the more age-diverse crowds I’d seen at House of Blues in a while. It was also one of the most active crowds I’ve ever seen there. Folks were moving through every band and the pit really got going by the time Reel Big Fish hit the stage.

Between the snow and traffic, I arrived just as Authority Zero was wrapping up their set. I was disappointed having seen them twice before. They typically put on a great show and are stellar performers. Apparently, I wasn’t the only one to arrive late for the show because I couldn’t find one video from the show on YouTube. But, here’s the video for “Life One Up” released last August.

Less Than Jake came out swinging, opening their set with “Look What Happened” and just picking up more and more steam as the show went on. I thought they played a great mix of music from all of their records, including “Golden Age of My Negative Ways” off of GNV FLA which apparently they don’t think many other folks like but happens to be one of my favorites. In the middle of “Automatic” they slipped in a few bars of “We’re All Dudes” from the Good Burger soundtrack. They then went on to explain that their cover of the 1980s Pac Man Cereal ad jingle was going to be used in a new campaign. They played that tune twice and it’s been forever lodged in my brain. They held a dance contest for members of the audience during “Overrated” and “How’s My Driving Doug Hastings.” Former Reel Big Fish and Spring Heeled Jack trumpet player Tyler Jones appeared out of nowhere for “All My Best Friends” and would return for a chunk of Reel Big Fish’s set.

Our faithful YouTuber AthiestPeace was at the show right up in front and captured most of their set.

Reel Big Fish effortlessly delivered all of the hits most audience members would expect to hear including “Sell Out,” “Beer,” “Take On Me,” and “She Has a Girlfriend Now.” They did, however, perform a few surprise hits. I’d only heard recorded and bootleg versions of their cover of Lita Ford’s “Kiss Me Deadly” and I finally got to hear that live! Another surprise was a cover of The Forces of Evil’s “My Life,” though barely a cover given three FOE members are now in RBF, and I would categorize FOE as an RBF side project. Let’s hope they add more of those songs to their set in the future! Perhaps feeling challenged by Less Than Jake, RBF performed their Rice Krispies ad jingle from 2003 which I’d never heard live, or even knew about until recently.

Reel Big Fish was really milking the 90s jokes all night (both them and LTJ noted that Marilyn Manson was at the House of Blues the previous night) and even teased the Offspring’s “Self-Esteem” during “Beer.” 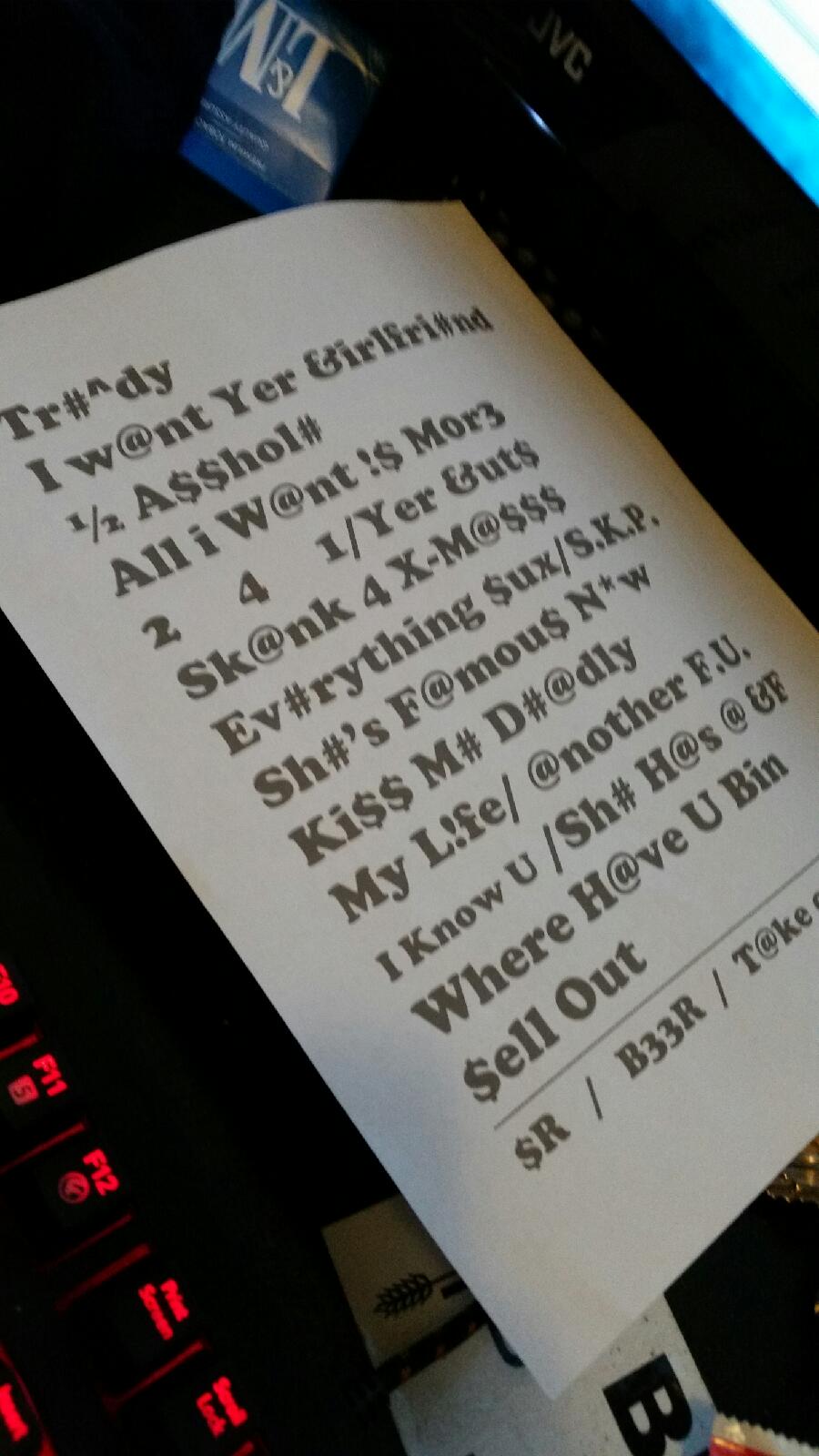 Overall, it was a great night and it looked like the crowd was into it. It was fun to see both their seemingly unaging crowd mix with the, achem, older folks who have been following the bands for quite sometime. While at the bar I overheard a few dads talking about bringing their kids to this show. That kind of thing makes me smile and speaks to the reach of the music. Let’s be honest, both bands had songs that were 20 years old, older than some folks in the crowd. I also feel like both LTJ’s and RBF’s banter has gotten increasingly less homophobic and transphobic over time and I’m hoping it’s the kind of thing that disappears completely from their set, leaving some trends in the 90s where they belong. Both bands both seemed to have a sincere appreciation for the Boston audience and I think we showed ’em we are still a ska hub. Both of these bands are evolving as they should be, keeping things interesting for both old and new fans alike.

My photos came out terribly, but Alex Weber Photography was up in front and took some great shots.